Nemley Jr was confiscated from traffickers in 2016 as part of a year long investigation by the BBC. His family had been murdered in front of him and sold as bushmeat. Nemley was bought from a poachers for 300 euros, and was en route to be smuggled out of Cote d’Ivoire for $12,000.  Nemley was saved, and handed over to wildlife officials.  Unfortunately, Cote d’Ivoire is the only country in West Africa with a wild chimp population that does not have a sanctuary dedicated to rehabilitating and caring for these traumatized victims of the illegal pet and bushmeat trades.  Nemley died 6 months later, on June 27 2017, after falling ill several times. The short difficult  life of Nemley Jr serves as the inspiration for the Akatia team.

Akouba was seized from a private residence in December 2020. She had several health issues including worms, a handicapped hand and rotten teeth from chronic malnutrition. She received physical therapy to help with her hand to help her regain its use. She is adjusting to life in the forest after many years living in a private residence.

Djodjo arrived in December 2020 after being confiscated from a large regional trafficking network by authorities. He spent 3 days in a wooden box before arriving at Akatia, which made him autistic and non-responsive.  He then spent two weeks spending every moment with Sarah for him to bound and come out of his stupor.  After two weeks he started engaging more with his keepers and we knew he was out of the woods. He is now the joker of the Ewampo group.

Emma was confiscated from a cocoa farmer in March 2020 just outside of Agboville.  She had a piece of a bullet in her neck when she arrived, which means she was likely on her mother's back when she was killed.  Emma was quite shy when she first arrived but quickly came out of her shell.  She spent 3 months in quarantine and gaining strength before moving to be with Hawa.

Hawa came to Akatia in 2018 from a private zoo when she was about 18 months old. She was originally purchased from a trafficker and most likely originally came from Guinea.  She was sick with worms and other health issues. After being nursed back to health, Hawa thrived, but was on her own for 1.5 years until Emma arrived. She is now the dominant chimp of the group at Ewampo.

Nikla comes from Western Cote d'Ivoire. She began venturing into a village near Guiglo, possibly in search of food. She was chased away but she came back. Nikla ended up trapped in a ravine and unable to go back into the forest. Pushed into a corner, Nikla became more agressive which led the villagers to attack her in hopes of scaring her off and her eventual removal from the area. In the end,After being attacked by the villagers, Nikla lost the use of her left hand, with only one finger still functional and thus can no longer survive in the wild.Nikla's story demonstrates the potential for human-chimp conflict in Cote d'Ivoire due to the rapid loss of natural chimp habitats and human encroachment into the national parks. 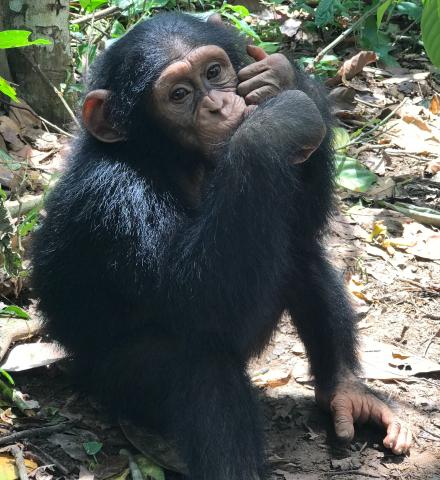 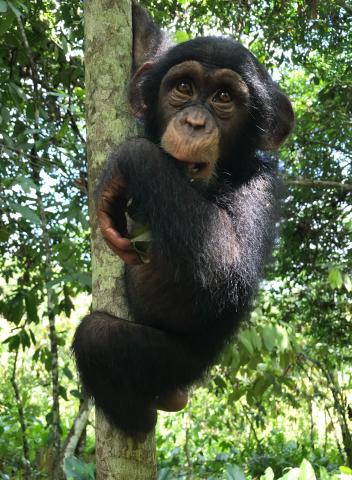 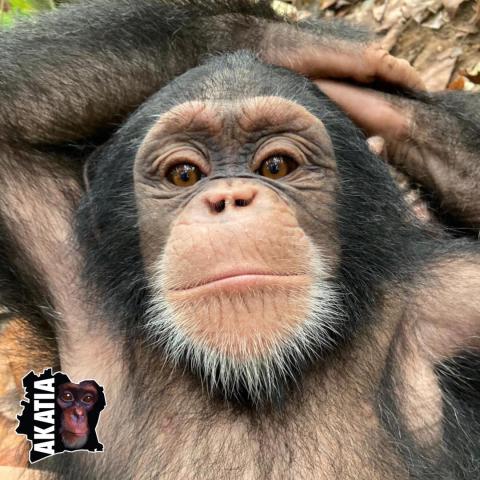 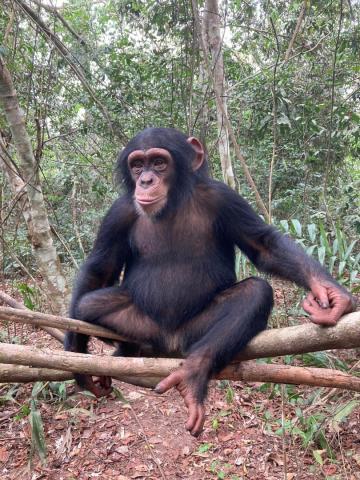 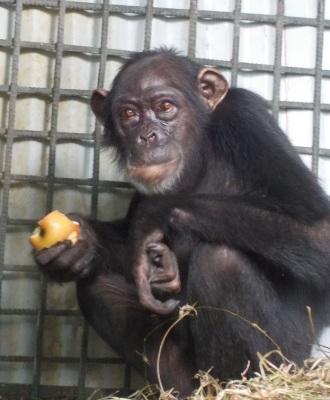